Is MTSS the new RTI? Depends on Where You Live

Does it seem like everyone’s talking more about MTSS and less about RTI? If you said yes, you would be right. In March 2017, I began analyzing state department of education’s use of the terms response to intervention (RTI) and multi-tiered system of support (MTSS) to describe a schoolwide, integrated tiered system of support. At that time, the prevalence of RTI versus MTSS was not well known and the inconsistent use of the terms was delaying or inhibiting effective implementation (see Charlton and colleagues). The initial analysis of state websites revealed that over a decade after RTI was included in Individuals with Disabilities Education Act more states were using MTSS (41%, see Table 1) than RTI (33%) when referring to tiered support systems. Check out the images below to see how states’ use of the terms have shifted over the last three years.

Prominence of RTI or MTSS on State Websites as March 2017

Table 1. Break down by year of review

As seen in the images above, the prevalence of MTSS has continued to grow while the use of the term RTI has steadily declined. In fact, in the last three years nearly 50% of state education websites shifted from using the term RTI or RTI/MSS interchangeably to predominantly using the term MTSS, including at least five states (i.e., WA, NE, GA, NY, DE) in the last year alone. For some, like Montana and Georgia, this shift resulted as part of the implementation of their state professional development grant (SPDG). For others, like California, there was a need to align academic and behavior supports under one seamless tiered system called MTSS. Interestingly, during this time there was no change in states that use personalized versions of a ‘tiered system of support’ [e.g., Oklahoma Tiered System of Support (OTISS), Virginia Tiered System of Support (VTSS), Kentucky System of Interventions (KSI) or Connecticut Scientific Research-Based Interventions (SRBI)]. Perhaps this personalized approach assists the state in distinguishing its model more clearly than those states that use the generic terms of MTSS or RTI.

Is the RTI to MTSS terminology shift likely to continue? Most likely yes, especially given the increasing local use of the term MTSS in some states still using RTI, like Texas or Alaska. In fact, education service centers in Texas are hosting MTSS conferences, and districts in more populated areas of Alaska, like Anchorage and Fairbanks, promote MTSS only on their website.

Why the Shift from RTI?

There could be many reasons why MTSS is gaining popularity over RTI. Below are some common reasons shared in recent state convenings hosted by various national centers.

Does it really matter what terms state’s use? Charlton and colleagues’ findings suggest it does. A common language across systems (i.e., federal, state, district, school, educator preparation) is essential for sustaining successful implementation of effective practices, including tiered system of supports. Whether one state’s MTSS model is the same as another is a bigger question for a future blog.  Stay tuned! 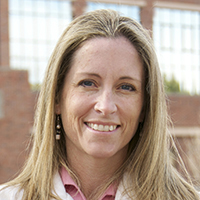 Tessie Rose Bailey, Ph.D., is the Director of MTSS Center and PPROGRESS Center. In addition, she supports states and districts in implementing special education requirements and MTSS/RTI through several other national centers--Natio… more